“Kubo and the Two Strings” is a beautifully filmed, edgy and dark, animated adventure from the studio that brought you “The Boxtrolls”. Young Kubo (voiced by Art Parkinson), is a one-eyed boy who can animate origami characters by playing a stringed Japanese instrument. Kubo cares for his ailing mother who’s told him that he can’t be seen out at night because his otherworldly grandfather, the Moon King (Ralph Fiennes), will kidnap him and take his other eye. His mother sends him on a journey to find the only thing that will keep him safe: his father’s magical armor. With voices from Charlize Theron, Rooney Mara and Matthew McConaughey. 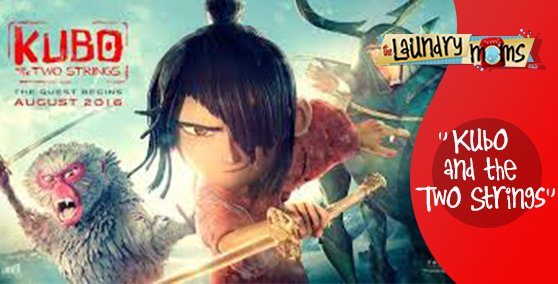 This PG hybrid of stop-action and computer-generated animation is actually a little scarier than most kids films, with battle scenes, a village burning and even deaths. It’s also a buddy-flick with Monkey and Beetle joining Kubo’s journey, intense fight sequences and a mesmerizing score by composer Dario Marianelli that included the song, “While My Guitar Gently Weeps”. Despite the danger, at the heart of this story is the tale of a young artist learning how to be a hero and his love for his mother. “Kubo and the Two Strings” is a deeply affecting movie that may not appeal to the little ones but if older kids to adults will watch, it will move them to laugh, cry, and cheer.