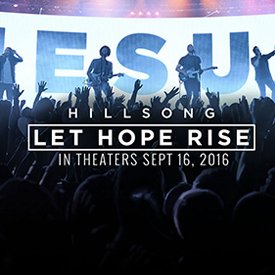 This week it’s time for a double feature with two top notch films you will love for your family! Check out both movies for creating memories that your family will cherish for a lifetime!
Movie Review #1:
“Hillsong — Let Hope Rise” is an inspirational documentary about the Australian-based 30-year-old global church, whose 11-member ensemble group United, writes and sings worship songs that are sung by more than 50 million people worldwide!
The PG friendly movie mixes personal stories from the group (about their struggles, family problems, child illnesses, etc.) with different concert performances that captures the heart of what the group stands for and the adoration of their many fans. One of the more touching scenes is… 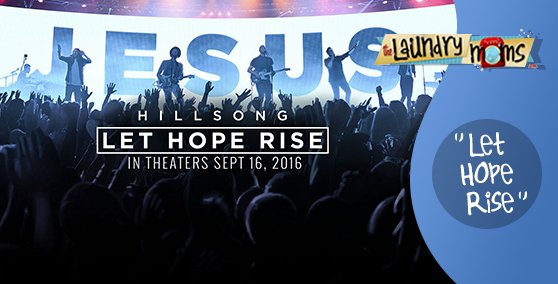 …watching Taya Smith hit her high note in the song “Oceans”, then hearing her explanation of what that song means to her (and her fans).
I’ve loved Hillsong worship songs from the beginning and am thrilled to see “Hillsong – Let Hope Rise” inspire a whole new generation!

“Storks” is an animated adventure that takes place years after the last stork delivered a baby in its beak. These days storks deliver products for cornerstore.com, where Junior (Andy Samberg) is in charge. When Junior gets an unusual request from a little boy who wants a baby brother, he and his human co-worker, Tulip (Katie Crown), set out to deliver the new baby to its rightful parents before management finds out. Along the way they encounter some dangerous situations that include a pack of wolves that like to lick the baby and several chase scenes.

Through it all Junior and Tulip learn to… 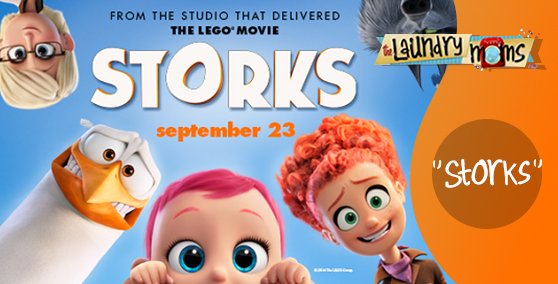 …appreciate the roles they lead in delivering a bundle of joy that changes lives. Other famous voices include Kelsey Grammer, Ty Burrell and Jennifer Aniston

The PG family friendly comedy has lots of silly antics, slapstick violence and montages set to popular music. The plot focuses on adoption and what exactly the term family means. My favorite part is the “baby cuteness” that is contagious to both the characters and the audience – lots of adorable scenes kids will love! And there are plenty of jokes for adults that will ‘fly’ over little ones heads but parents beware, in the end, your kids may be asking if a stork delivered them… and the infamous question, “Where DO babies come from?”