The PG-13 is for mature themes, sexual suggestive material and lots of smoking, which was typical of that era, but the story is more for mature older teens to adults. The fast-paced comedy is a cinematic playground, giving us a glimpse of the internal workings of a studio along with wonderful scenes like Clooney doing a moving Charlton Heston-like speech in a biblical epic, Tatum tap dancing Gene Kelly style, Johansson doing an aquamusical Esther Williams style and others.

If you’re a fan of old Hollywood movies and appreciate the Coen’s style of zany humor, then you’ll enjoy this visually striking, star-studded love letter, to the glamorous golden days of Hollywood that has a happy ending for all. 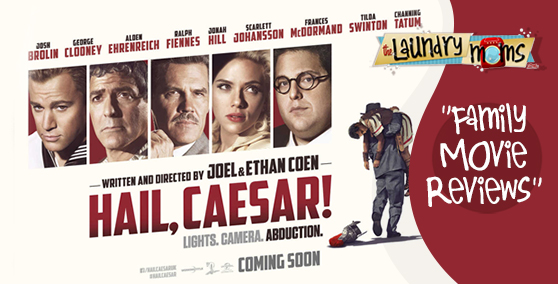