Concussion is based on the dramatic true story of Dr. Bennet Omalu, played by Will Smith, who believably and brilliantly plays the Nigerian immigrant and forensic neuropathologist. In 2002, while doing an autopsy, Dr. Omalu made the first discovery of CTE, a football-related brain trauma in pro ball players who play positions where their heads receive multiple blows that can trigger a series of neurological events. This is a David vs. Goliath story, showing how Dr. Omalu fought an intense battle by having the courage to tell the truth and stay true to his mission, speaking out against the NFL and its commissioner, Roger Goodell. Alec Baldwin and Albert Brooks also star.

The PG-13 rating is for mature themes, partially clothed bodies on an autopsy table, intense sports injuries showing players taking blows and language. The entertaining story develops like a thriller, with a lot of dialogue that may be too boring for children and best for mature teens to adults who can appreciate the controversial issues.

I enjoyed this interesting and convincing movie. By the end, the images of football players taking blows and falling on their heads, believably presents the dangers of America’s favorite sport. 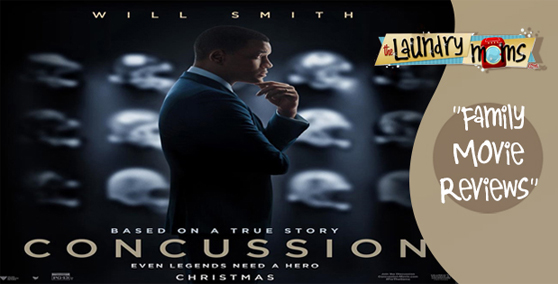