“13 Hours: The Secret Soldiers of Benghazi “ 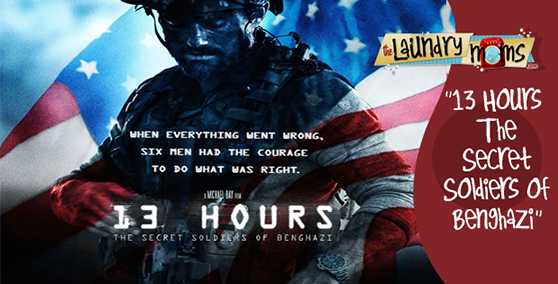 Director Michael Bay delivers an intense, realistic depiction of the horrific events of that night with combat and war-time violence, bloody images and language that give it an R rating. The story is told from the soldiers perspective and includes the controversial “stand down” order that prevented the team from initially aiding the Ambassador in a timely manner and numerous requests for air support that were never acknowledged. There are brief references about the Ambassador being taken to a hospital, a rumor that a protest sparked the attack and a remark about a supposed video, but the timeline clearly shows what really happened. There is no doubt the attack was premeditated but Bay stays away from making political accusations by never mentioning who was truly responsible in Washington.

This is a powerful story of courage, sacrifice and heroism that needed to be told and one that every adult should see. I was gripped with heartbreak, compassion and American patriotism, after seeing this movie – well done Michael Bay!