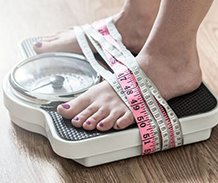 Have you ever gotten to the place where you want to scream “just tell me what to eat and I’ll eat it!”? So frustrated with yo-yo dieting and gaining and losing the same 5-10lbs that you want to rip your hair out? It can be truly infuriating, especially if what you were doing before was successful, and now it’s not. It is so scary to be in a place where you’re just gaining and gaining and you don’t know why. I’ve been there more than once. I’ve been the girl who burst into tears when nothing could hide my stomach. I’ve been the one to refuse a family photo shoot because I didn’t want any proof of my weight gain. I’ve been the girl who didn’t want to go anywhere at all in case I was seen by someone I used to know.

Believe me when I say… I’ve been there…

Sometimes your weight is emotional and sometimes things in your body are just not working correctly. I’ll address the emotions another time but for this article, let’s talk about practical ways to get things moving again. If your endocrine system is out of whack then weight gain can be a symptom of that. It’s important to support the endocrine system so that your hormones are doing what they’re supposed to do. If your metabolism is sluggish, then you’ll gain weight too.

There are some simple ways to get your metabolism revving itself up again and a couple of those are coconut oil and MCT oil. Start incorporating more of those in your diet and more than likely your metabolism will start to work again. MCT oil raises your body’s internal temperature and with it, raises your metabolism. I add it to my coffee every morning. If you’ve never used it before I recommend starting slowly with 1/2 tsp. If you use too much and your body isn’t used to it then you could end up with a cleansing effect if you know what I mean.

I recently watched a testimonial of a girl who had a sluggish thyroid and what she did to change that. Using some key essential oils she was able to lose and keep off 37lbs in just three months. When our bodies aren’t working the way they were designed to then sometimes we need some extra help. Eating salads and starving ourselves isn’t going to change anything. After having lost 60lbs in a year and then gaining most of it back, I am back down to my lowest weight since 2015. I will be sharing several tips on how I’ve done that in two weeks (April 24th) on our FB class “Kickstart Your Weight Loss For Summer”. I’d love to see you there! Join our class group here.