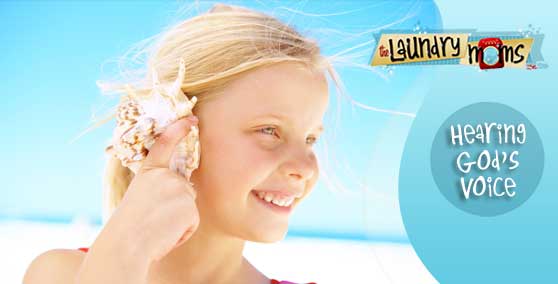 …tired, you constantly second guess yourself. If this really what I’m supposed to be doing? Is there somewhere else God wants me? Am I really making a difference? Have you ever been there?

It’s hard, especially if money is tight. Are you just doing what you want to do, or are you doing what God wanted you to do?

And it’s true in whatever place we find ourselves. I used to second guess myself about homeschooling all the time. I don’t so much anymore, but I certainly did. When we started homeschooling, we felt a definite call. Keith and I both did, and the first few years were great. But then I’d have days where I just couldn’t get anything done of my real life, because homeschooling was there. So I’d have a writing deadline, or a speaking engagement, and I would be so stressed. And we’d wonder if I was really supposed to be doing all of this. Or there would be days when the girls would fight, or when Katie would refuse to do her work (quite a frequent occurrence for her when she was younger), and I’d wonder if someone else could teach them better. How could we be called to homeschooling if things were going so badly?

In retrospect I can see how wonderful it’s been for our family, and how educationally beneficial (they’re both about two years ahead now), but it doesn’t always feel that way in the midst of it. And when you’re frustrated, and you’re tired, and things aren’t going the way you envisioned, you start to wonder if maybe you misread God.

I certainly felt that way all last week. I was getting ready for a really big speaking engagement I had over the weekend, where I spoke at an Ontario-wide retreat for the Salvation Army women’s division. Several hundred women were there, and it was stressful getting ready. I still had to homeschool. I still had to make dinner. I hate it when I’m too busy to do regular housework things, because then I feel like I’m letting down my family. I still had responsibilities at church that weren’t getting done well. And it was hard.

I was probably feeling as low as I have in a long time in regards to my calling to be a speaker/writer. I just didn’t have the time and energy for my family, and I figured something had to give. Something wasn’t right.

Then I went and had probably the most blessed weekend speaking I have ever had. The response on Sunday was amazing. People dealt with some really difficult strongholds in their lives. I had more positive confirmation about speaking than I ever have. It was truly amazing.

And it reminded me that we can’t rely on what we’re feeling in the moment to determine what our calling is. If you feel a calling on your life from God, write it down. Write down the moment you heard it. Write down what you heard. Write down how you know. And then, when times get rough, go back to it. I think we base our idea of our calling too much on the day-to-day feelings. After all, just because we’re called to something doesn’t mean it’s going to be easy. In fact, the more important thing we’re called to, probably the harder it will be. You have to take time, I think, every year, just to get away with God, even for a few hours, and wrestle with Him about His vision for your life. Do it at a time when you’re not depressed or anything. And then just listen.

If you don’t feel peace on a daily basis, it doesn’t mean you’re not doing what you’re supposed to do. Sometimes it’s just real life, and life can be hard. I think we have this mistaken idea that if we’re in the middle of God’s calling, life will be easy, we will always feel peace, and we will always see success. It’s not true. So don’t second guess yourself. Instead, plan for specific times to hear from God during the year, and really listen. Otherwise we’ll just be like that boat it talks about in the book of James, tossed to and fro with every wave.

Life is tough. Whatever you are called to is likely going to be tough. So don’t despair! Just look for God’s strength everyday, and remember:

There is always time in the day to accomplish God’s priorities for that day. 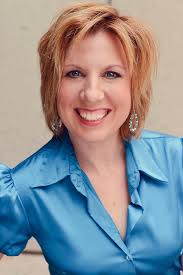 Sheila Wray Gregoire is a Christian author of 7 books and a frequent speaker to women’s groups and marriage conferences. She also writes a syndicated parenting column, and speaks to women’s groups around North America. Read her marriage and parenting thoughts daily at her popular blog, To Love, Honor, and Vacuum! Follow her on Facebook or check out her webpage to see where she’s speaking at next!