Okay just thought I would air out some of my dirty laundry from when my husband and I were first married.

I was only married for a little over a year before I realized how much work being married was going to be. I was raised by a single mom who had to be strong-willed so she could be focused on supporting three kids.

My mom raised my two brothers and me in an upscale neighborhood outside of Houston. We were not the typical wealthy family who lived in the community. It took everything my mom had to raise us in this prestigious suburb. She worked long hours as an owner of a beauty salon. She always encouraged me that with determination I could do anything I wanted to. She also instilled in me to have a “back up” plan just in case I found myself in her shoes. I am so thankful that my mom always believed in me, she taught me to work hard and accomplish my dreams. 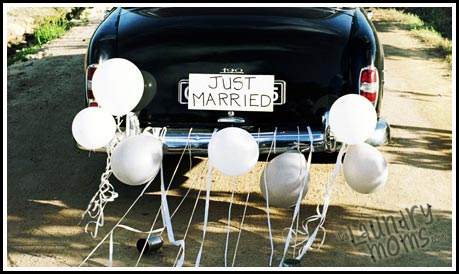 As a teenager I was eager to go to work. I found my first job working at a local deli when I was fifteen. I desired to work as soon as possible so I could save money to buy my first car. I saved enough money to pay $3,000 cash for my car before I turned 16.

I was glad I had a car but I soon realized that when my friends turned 16 their parents bought them BMW’s and nice sports cars. I quickly became inspired to own a “cool car” like my friends owned.  The problem is there was no way for me upgrade my car making minimum wage, not to mention the time I spent in all the school activities I was involved in. Looking back now I don’t know why I cared so much…but I did!

I was determined I to find a way I could make more money with the limited hours I had available to work. I found a company that worked with students and trained them to sell cutlery.  I decided to give it a try , I started my own business at the age of  17 selling CUTCO knives. After one year of hard work and determination I was earning as much as most adults and I bought a pretty cool sports car with my own money. A few years later I was earning a six figure income and I was barely 21!

Fast forward a few years, I married my husband when I was 24 and needless to say I did not know how to be a wife. Unfortunately, my parents divorced when I was two and I don’t remember what it was like when they were married. I got married with an “independent attitude” and few marital skills. When things got tough, and boy did they… my attitude was, “I don’t need a man!”

With my strong attitude on top of statistics my marriage was doomed before it even started. Successful marriages have about a 50% chance of lasting, even less with having a child before marriage, and even less when coming from a divorced family. The numbers were not in my favor.

After being married a little over a year I noticed that things were getting a little tough. I was not sure what I needed but I knew I needed something. Thank goodness that something was Jesus! Jesus came in my life at the right time and he truly saved my marriage.

My husband was working long hours and when he came home he was so excited to see our sweet son… but the fire between us got a little weaker. I began to notice this and my heart was grieved. I wasn’t exactly sure what was causing the distance between us but I knew we needed a coach.

I remembered the counsel we had before we were married… we were advised to seek help before it was too late! I asked my husband if he would go with me to talk to a Christian Marriage Counselor and he willingly agreed. It was so nice to have someone to talk to and help coach us with our new married life. I am thankful that we were able to seek help from someone who had more experience than we did because we were raised with two completely different backgrounds.

He came from a Beaver Cleaver family and I came from a broken home. Our mind sets were completely different and we were both pretty stubborn!

Getting the proper coaching from people who can help makes a HUGE difference. I learned how to pray for my marriage and for the Lord to help us with our differences. In the next few post I will reveal what the Lord did to get us through this transition and how he prepared us for good times and hard times.

If your marriage needs a coach too…check out The Encouragement Center!