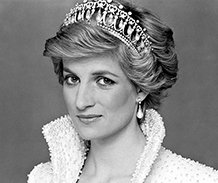 Fashion for Good
by Linda Potgieter

I’m not much of a Royalist, but I am not anti-Buckingham Palace either, for who am I to judge the life of a princess when I have never walked a day in her shoes?

Speaking of shoes, 31 August 2017 marks the 20-year anniversary of the tragic death of a fashion icon who I believe has had the most positive and powerful impact on our world.

A member of the British royal family, Princess Diana was killed in a car accident in Paris after…

living a very public, demanding and scrutinized life. I was in Standard 2 (4th grade) in Colenso Primary School in South Africa when I watched her fairy tale wedding televised live, along with 750 million other viewers across the globe. Married to a Prince and hounded daily by the paparazzi, she did an incredible job of maintaining poise and dignity as she navigated her way through royal duties, motherhood, and a broken marriage.

I love that Lady Di used fashion to market and endorse her charitable causes. Many designers have admired the way she expressed herself and the charitable need she was campaigning for through her wardrobe choices.

She campaigned heavily against landmines, she spent a lot of time with the children at Great Ormond Street Hospital in London, she fought for animal protection, the youth, the homeless, drug addicts and the elderly. Probably one of her most famous charitable actions was when she was photographed hugging and holding HIV Aids victims when the world was still uneducated on the disease and believed it to be contagious. I believe Diana’s heart was pure, noble and praiseworthy.

She was courageous and very intentional with her wardrobe. She would wear dangly jewelry when playing with the children at the hospital, she always honored the countries she visited through what she wore, and she stepped out in that stunning black ‘revenge dress’ when her husband admitted adultery! And who can forget that stunning dress perfectly accessorized when she danced with John Travolta at the White House?

Diana’s sons, Prince William and Prince Henry, still speak of how deeply their mother loved them, always showering them with love and affection. Prince Harry, in particular, is often seen continuing his late mother’s philanthropic legacy, giving more time and attention to her charities than behaving like a good, stiff-upper-lip royal!

So friend, what can we learn from the late Princess Diana? It’s clear that she invested time and effort in developing her personal style over the years, and this grew her influence. It’s also obvious that she took good care of her body and enjoyed dressing up the holy temple that she was blessed with. And she really understood that the world is drawn to a beautiful visual message. So she used that to draw people and the media into charities to truly make the world a better place.

Diana was not conformed to this world, and neither should you and I be. So today, stop and think about what message you are giving the world through your wardrobe. Because you’re in the fashion business whether you like it or not. So why not put your best foot forward? Style is just a skill. And if you are prepared to invest the time and effort, then there is no reason why you can’t become your own style guru and get up, dress up and live up to the calling on your life! 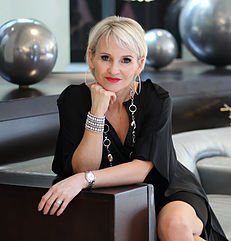 Linda is a wife and mother, and Partner & Director of JPA Ltd, a global negotiation training firm headquartered in London. She is also Founder of LindaPaige, a fashion brand that empowers women to be a bold light on a hill in this world. Born and raised in South Africa, she currently lives in the UK with her husband and 2 children.

Linda started working at age 17 and spent most of her career in the corporate arena, often the youngest on the team enjoying powerful on the job training, learning from ambitious, accomplished executives what the marketplace wants.

Linda had the immense privilege of serving on former President Nelson Mandela’s PR team in 1998. As the final member of a team of 5, Linda and her colleagues organized the Vulindlela Water Supply Scheme in Kwa-Zulu Natal, South Africa, on Human Rights Day in March 1998. Awarded along with her team members for her performance in this role, she cites this experience as one of her distinct career highlights, referencing Nelson Mandela as her leadership standard in life, and continues her involvement today in fighting oppression and injustice.

After relocating to the UK in 2002, Linda won a national sales award in January 2006 from the Institute of Sales and Marketing Management (UK) (ISMM) for ‘Best New Sales Professional in Britain’. She is passionate about sales and loves working with people, a combination that opened up fantastic career opportunities for her across geographical and cultural boundaries, working on negotiation training projects with some of the worlds largest brands such as Adidas, Network Rail, EON, Mercer, Nestle, Pfizer, Nokia, and Vodafone. Her clients cite her training style as “…highly motivational, passionate and performance impacting”.

Linda is extremely dedicated to her own personal growth and attends regular leadership training in the USA which she cites as life changing. On a personal note, she is an adrenalin junkie continuing her pursuit of the next thrill in adventure sports, she loves traveling the world exploring good food, good wine and when there are gaps, she is home socializing with her family and friends. 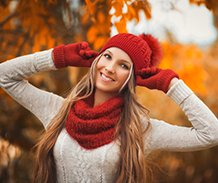 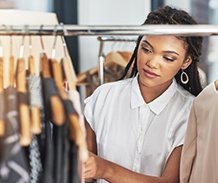 Health
Are You Worth It? 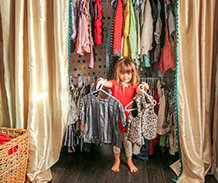 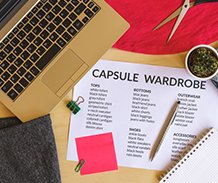 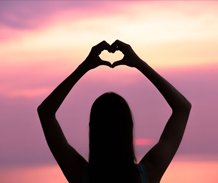 Health
I Love My Body

Health
Blend In Or Stand Out