It’s that time of year when kids are home, family is visiting and parents want a few movie suggestions that all ages can enjoy. Aside from the standard children’s animated specials like; Frosty the Snowman, Rudolph the Red Nosed Reindeer, A Charlie Brown Christmas, The Muppet Christmas Carol and others that flood the networks this time of year, I thought I’d suggest some movies that never get old, will entertain all ages and ultimately, remind you of the things you love about Christmas! 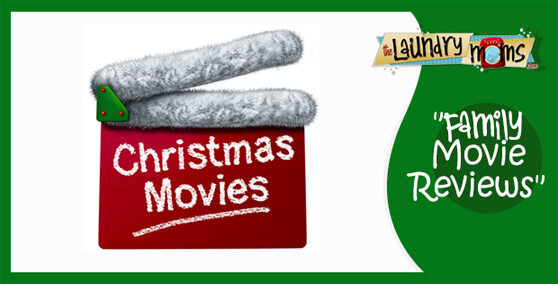 Buddy the Elf (Will Ferrell) is a human child who is accidentally taken to the North Pole and raised as an elf. Buddy sets out to find his biological father (James Caan) and along the way, falls in love (Zooey Deschanel). Buddy brings the spirit of Christmas to New York City in a hilarious way! Elf is one of THE funniest Christmas movies ever made and one of Will Ferrell’s greatest roles. I love this movie – it’s become one of my favorite Christmas classics!

This Christmas classic starring Bing Crosby and Danny Kaye centers around a successful song-and-dance team who become romantically involved with a sister act, Rosemary Clooney and Vera-Ellen. They team up to save the failing Vermont inn and help their former commanding general. I never get tired of Bing singing “White Christmas” and I grew up with my sisters singing the song “Sisters”.

George Bailey (Jimmy Stewart) contemplates suicide on Christmas Eve when he faces financial ruin but is saved by his guardian angel who shows him what life would’ve been like had he never been born. Written and directed by Frank Capra, the story will touch your heart, make you appreciate your friends and family, and cause you to reflect on what you’re thankful for! Donna Reed and Lionel Barrymore also star. Jimmy Stewart makes me cry every time I see it! I think it’s arguably the greatest Christmas film of all time!

Ralphie (Peter Billingsly) has to convince his parents, his teacher, and Santa, that a Red Ryder B.B. gun is the perfect and only gift he wants for Christmas. Hilarious scenes of family and life from a child’s perspective.  I love the pink bunny suit scene and the tongue sticking on a cold pole. Another one of my favorites!

A father (Arnold Schwarzenegger) is desperate to get a Turbo Man action figure for his son for Christmas but all stores are sold out as he races to keep his promise. Phil Hartman, Sinbad and Rita Wilson also star. A fun Christmas story for the whole family.

If your kids have questions like how did Santa become Santa? How does he get around the world in one night? How do his reindeer fly? The trilogy of three films will answer those questions in a humorous way as only Tim Allen (as St. Nick) can do. It’s fun to see Allen gain weight and take on the Santa persona. The Santa Clause 2 is all about Allen having to find a Mrs. Claus or else he loses his position in the North Pole. And The Santa Clause 3: The Escape Clause is about Jack Frost wanting to become Santa Claus and dethrone Allen by reversing events in the past.

Accidentally left alone at home when his family leaves on Christmas vacation, 8 yr. old Kevin McCallister (Macaulay Culkin) learns how to get around and enjoy his vacation from family, until two bumbling idiots try to rob his home. Quick thinking and a few tricks make for hilarious consequences. A classic your kids will love.

Jim Carrey steals the movie as the Grinch, who tries to steal Christmas from Whoville. A visual gift of amazing sets, colorful costumes, hilarious dialogue and ingenious rants from Carrey.

A movie that may interest older kids more, but is still enjoyable for children. The animated story is about a boy who ends up on a magic train that takes him to the North Pole where he questions if Santa is real. Tom Hanks’s character is memorable and fun to watch. Based on the popular children’s book.

Six-year-old Susan has her doubts that Santa Claus is real but her opinion changes when she encounters a department store Santa named Kris Kringle who claims he’s the real thing. Susan and a young lawyer wage a crusade to prove Kris is the real Santa.  This is a perfect movie to watch with kids who still believe in Santa Claus. I love the 1947 original with Maureen O’Hara but the 1994 remake is my favorite.

After being hazed by his friends during a Christmas college break, Jake is left in a Santa suit in the middle of the desert with no way to get home. While struggling to get home, he learns quite a bit about himself and the true meaning of Christmas. Jonathan Taylor Thomas stars with Jessica Biel…really!

There are so many versions of the “Christmas Carol” story, from the Muppets to Disney’s Scrooge for kids but “Scrooged” is the one version that adults will enjoy because of Bill Murray. He’s in classic funny mode that older audiences will appreciate, especially if you’ve seen your fair share of Ebenezer’s in the past.

A farm girl nurses a wounded reindeer that she believes is Santa’s Prancer, in hopes of  bringing it back to health in time for Christmas. Sam Elliott is wonderful as the father. This is a heartwarming story that kids will enjoy – I love the surprise ending!

Here’s one for the adults-Iris and Amanda are each in a rut and find each other on a house exchange website. They decide to swap places in each of their respective countries during the holidays and soon discover true love. Kate Winslet, Cameran Diaz, Jude Law and Jack Black star.

Santa Claus delivers presents with a very high-tech operation beneath the North Pole. But when Santa misses one child, it’s up to Arthur (James McAvoy), Santa’s youngest son, to save the day before Christmas morning dawns.

When the evil spirit Pitch launches an assault on Earth, the Immortal Guardians (Santa, Easter Bunny, Tooth Fairy, etc.) team up to protect the innocence of children all around the world. Animated featuring the voices of Hugh Jackman, Alec Baldwin, Isla Fisher

A charming story little girls will love. Set in New York City at Christmastime, the story stars Julie Andrews as a nanny of 6 yr. old Eloise who lives at The Plaza Hotel. Lighthearted fun and the true meaning of family make it a Christmas favorite.

Hallie and Ethan’s divorced mother is about to remarry. When Hallie goes to visit Santa Claus, she asks for an unusual gift – she wants her parents back together again

A bishop trying to get a new cathedral built prays for guidance. An angel arrives to help but becomes enchanted with the Bishop’s wife. I love this classic starring some of the wonderful greats Cary Grant, Loretta Young and David Niven.

Bing Crosby and Fred Astaire dance and sing at an Inn, to Irving Berlin’s classic score. The song “White Christmas” first debuted in this movie.