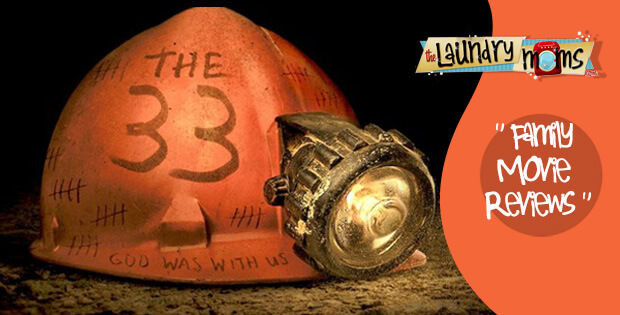 The 33 is the incredible story of 33 miners who, in 2010, were buried alive, 200 stories beneath the surface of a 100-year-old mine in Chile. Over 69 days international teams desperately worked day and night to rescue the trapped men. With a small supply of food to ration among them, suffocating heat and mental exhaustion, the men held on, unified in their fight for life, as their families camped close and the world watched. Antonio Banderas, Juliette Binoche and Lou Diamond Phillips star.

Based on the gripping actual events, the PG13 story takes us into the darkest depths of the earth (2,041 ft.) where unimaginable and excruciating conditions tested each man’s physical and mental endurance. The special effects are believable, there’s a beautiful imaginary dinner scene that takes place among the starving miners, Banderas and Phillips deliver powerful performances and above ground, families refuse to give up, clinging to faith and hope for their loved ones. My favorite part was seeing the real miners at the end of the movie, which makes what was once only a news story, now a relatable testimony to the triumph of the human spirit, incredible courage and indomitable faith!  Go see The 33!