The Redemption of Henry Myers

This is a terrific western movie that features a good story, great action, and the redemption of a criminal. A great film for a night in that older kids and parents will certainly enjoy. So pop some popcorn, get comfy on that couch and enjoy a great western that ends with redemption.

Check Out the Trailer Below… 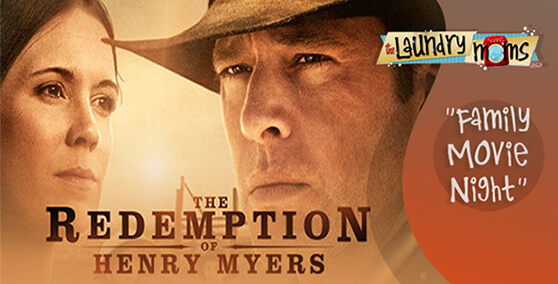 An Old West outlaw is torn between redemption and revenge after a botched robbery leads him into the lives of a compassionate widow and her young children in this Christian western. Henry Myers (Drew Waters) was the kind of desperado who wouldn’t think twice about committing robbery to put food on the table. But Henry’s partners are a treacherous bunch, and betray him in the wake of a bank heist gone awry. Left for dead in the scorching desert, Henry later awakens in the home of a kindly widow who nurses him back to health. Just as Henry finds faith and begins to build a new life, however, his old partners learn that he’s still standing in his boots, and return to finish him off. Now, with a gun in one hand and a Bible in the other, this repentant outlaw must choose between the word of God, and the law of the land.

Check out the trailer below!