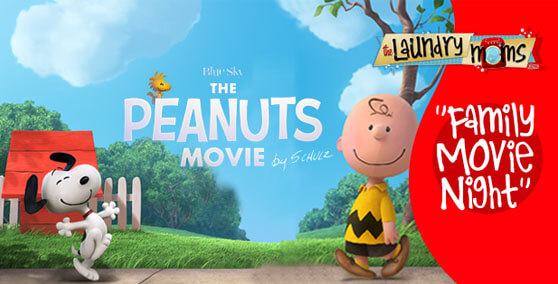 The Peanuts Movie stars Charlie Brown (voiced by Noah Schnapp), the world’s most beloved underdog who embarks on an epic adventure with Snoopy, Lucy, Linus and the rest of the Peanuts gang, in an adaptation of Charles M. Schulz’s 65-year-old comic strip. The story follows much of the familiar exploits of Charlie Brown and his friends as he contends with his crush on a pretty classmate, The Little Red-Haired Girl (voiced by Francesca Capaldi), the piano-playing Schroeder, the eternally dirty Pig-Pen, the snarling Lucy earning nickels for her psychiatric advice, fun ice-skating, a school dance and Snoopy tracking down his nemesis, the Red Baron.

This was a family labor of love with Charles Schultz son Craig and grandson Bryan, producing and writing the screenplay, along with Cornelius Uliano.

The film only runs 88 minutes and is faithful to the original Peanuts themes with a G rating for parents who want a lighthearted, animated 3D cartoon for their kids – and a sweet bit of nostalgia for adults who remember growing up with the many 1960’s television specials, including my favorite, A Charlie Brown Christmas. The Peanuts Movie is one the whole family can enjoy together!

One comment on “Family Movie Night- The Peanuts Movie”