It’s not often in our society the TRUTH is always told about history, much less the history of the church! This all star cast will have you and the whole family in awe of this incredible docudrama that transports viewers through time to reveal one of the greatest and darkest deceptions of our time – the demonic conspiracy to cover up the true identity of the worldwide Church. Challenging the modern view of Christianity, the explosive truths in LET THE LION ROAR have the power to reshape and recharge the post-modern Church. LET THE LION ROAR is a MUST See for every Believer! 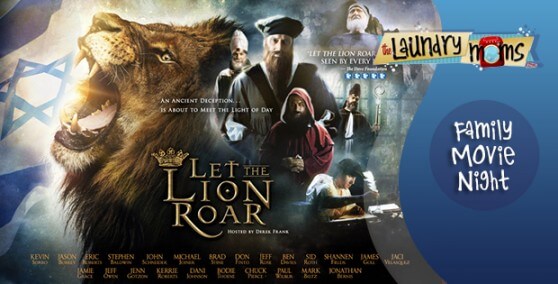 Uncover one of the greatest and darkest deceptions of our time –
the conspiracy to cover up the Church’s true identity.

Travel across 2,000 years on a visually stunning and high-octane journey that has the potential to change your life forever, causing you to grow closer to God and to embrace your destiny as a believer. Let The Lion Roar is comprised of a book and a Blu-ray/DVD combo pack that will open your eyes to the truth of God’s plans for the church.

What if the great legends and founding fathers of the
Christian Church got it wrong? What if Martin Luther’s world-changing 95 Theses are actually
incomplete?
In the vein of conspiracy fiction like the runaway hit The DaVinci Code, LET THE LION ROAR
(Roaring Lion Productions) takes viewers back to 16th-century Europe, where the masses
rejected the Catholic Church and became believers in Christ “by grace through faith” after
Martin Luther and John Calvin’s writings ushered in the Reformation.
Unlike fictional accounts of the faith, however, LET THE LION ROAR reveals a true supernatural
conspiracy that wove false beliefs into the very fabric of the Church – lies that keep the Church
today from fulfilling God’s purpose.
Through 2-D and 3-D animation as well as live action, LET THE LION ROAR takes audiences on a
journey that begins with Luther (Jason Burkey) and Calvin (Kevin Sorbo), then travels back 1,000
years earlier to fathers of the faith like Augustine of Hippo (Eric Roberts), Bishop Hilary of
Pointiers (John Schneider) and Ambrose of Milan (Brad Stine). Through their words, we see and
hear exactly where and how the church went wrong.
“This film deals with some very well-known, famous and important founders and fathers of
church history who also had these incredibly anti-Semitic moments,” says actor Brad Stine, who
plays Ambrose of Milan. “Frankly, it’s shocking. [But] If you’re a Christian, you should know
what you believe. You’ve committed your life to this thing; you need to know all of its flaws.
And these were brilliant men, who could also be brilliantly wrong.”

Buy Your Copy of “Let the lion Roar” Here & Let’s Spread the Word!