We interrupt this Family Movie Night for this week’s premier movie released TODAY! Round up the whole family to go check out “How To Train Your Dragon 2”! The kids will fall in love with this animated film filled with adventure and laughter! Make this one a memorable family night out by watching it in 3-D and see all the action close up! 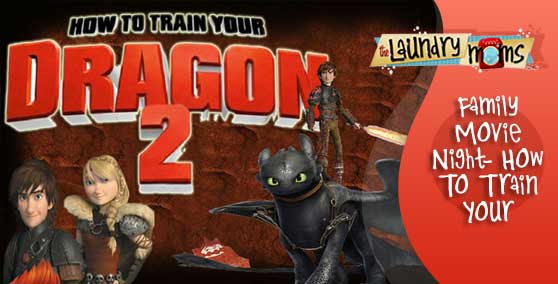 DreamWorks Animation returns to the world of dragons and Vikings in this sequel to their successful 2010 outing, “How to Train Your Dragon”. The original film followed the exploits of a Viking chief’s son, who must capture a dragon in order to mark his passage into manhood and prove his worthiness to the tribe.

“When the film flies, it soars…..”
-Robbie Collin From Daily Telegraph
“This smartly paced sequel does a great job of drawing out the lead characters, expanding the world they exist in and adding in some warm hearted and moving moments.” -Mark Adams From Screening International

Click Here to check out all of your local show times!