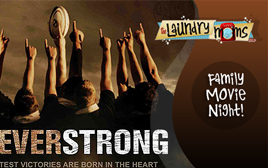 Be prepared…to be standing on your feet cheering through this week’s family movie pick, “Forever Strong!”  An “I-can-do-it” spirit throughout the storyline makes it one of those movies that has you rooting for the underdog all the way to the end! It also packs a punch that teaches not to quit when the going gets tough! One of our family favorites that makes you cheer, cry and feel like you can do anything…check out the trailer below! 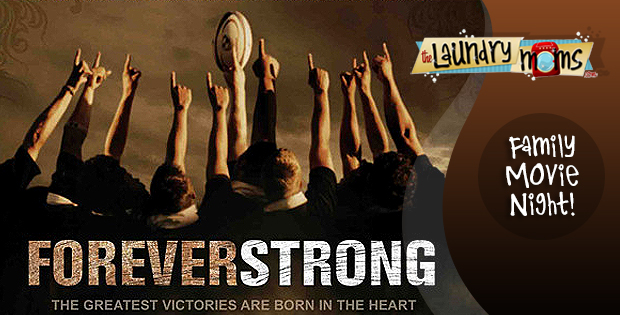 A talented but troubled high-school rugby star gets a second shot at redemption after being sentenced to serve time in a Salt Lake City boys’ home and landing a coveted spot on the famed Highland High School rugby team in this inspirational sports drama from director Ryan Little (Saints and Soldiers, Everything You Want). Rick Penning (Sean Faris ) was the star player on his Arizona rugby team until his life took a turn for the worse. Now, after a fateful brush with the law, Rick finds himself out of the spotlight and forced to ponder the consequences of his actions in a Salt Lake City juvenile detention center. As fate would have it, however, Salt Lake’s famed Highland High rugby team could use a player like Rick. With a little help from coach Larry Gelwix (Gary Cole), Rick may even be able to lead the Highland High team to the national championships. When Rick discovers that the team they’ll be competing against is none other than his old team from Arizona, which is coached by his father, Richard Penning (Neal McDonough), the deciding game takes on a newfound sense of gravity in the eyes of the ambitious young athlete. Arielle Kebbel and Sean Astin co-star. ~ Jason Buchanan, Rovi