This is an oldie but a goodie, and our family enjoys it every time we pile up on the couch for family movie night when there just doesn’t seem to be anything “new” worth watching! If you have not seen “Secretariat” you are in for a treat! and if you have watched it when it was first released…it’s worth watching again! 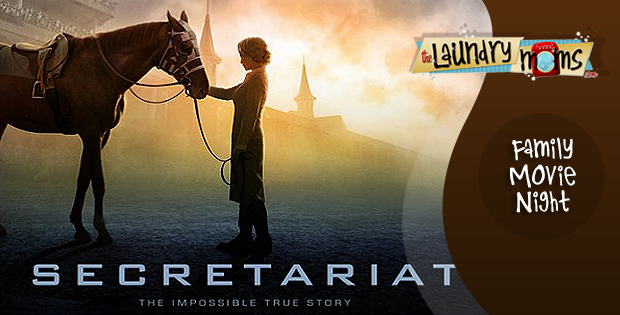 Check out the Trailer for a fresh reminder as to why this time tested story just doesn’t go out of style!

Disney presents an astonishing true story bursting with hope, heart and courage. Diane Lane and John Malkovich lead a celebrated cast in this inspirational motion picture from the producers of Miracle, Invincible and The Rookie. Behind every legend lies an impossible dream. Witness the spectacular journey of an incredible horse, Secretariat, and the moving story of his unlikely owner, a housewife who risked everything to make him a champion.

Enjoy making memories with your family this weekend!