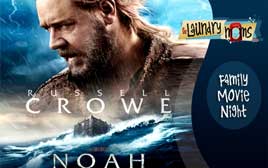 There has been much controversy over the new Hollywood film, “Noah”, especially from the viewpoint of many believers. So going into this movie, taking a neutral stance was vital to truly see it with fresh eyes. The acting was superb, the special effects absolutely top notch…so why so much criticism over what should be a wonderful family film? 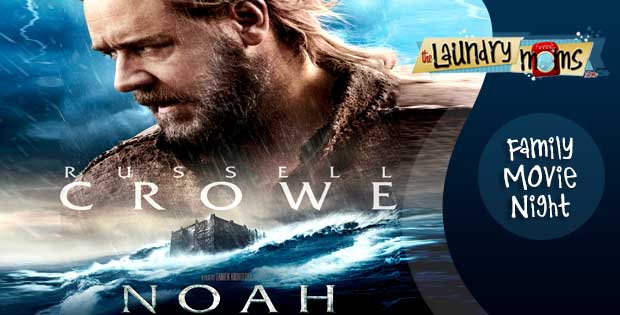 The details are not 100% accurate from what we know taken from a Biblical stance, but with that said…we really do not know every detail because the Bible does not reveal everything that happened during that time period on the earth, we do know God’s heart was broken over the sinful nature of man. Can you imagine being the only family to survive the total destruction of human life?

The utter anguish Noah must have felt is unimaginable over life ceasing to exist on planet earth as he had known it for 500 years! The movie, “Noah” portrays the utter evil that was present, and is definitely not intended for young audiences. The discussions that we have experienced as a family as a direct result of going back through this timeless Bible story have been priceless!

We highly recommend seeing the movie, Noah, along with your older children with the intent to view this Bible story from a fresh perspective…realizing going in that, yes…some of the facts we KNOW to be true are missing, but also focusing on what God might want to reveal to His kids about the evils of that day and age and how they compare to this present world we now live in…and as believers…..what we can do with the time we have been given to do ALL that God asks us to do with this moment which will become His-story!

The release from the film’s website is as follows:

“The film is inspired by the story of Noah. While artistic license has been taken, we believe that this film is true to the essence, values and integrity of a story that is a cornerstone of faith for millions of people worldwide. The biblical story of Noah can be found in the book of Genesis.”

Russell Crowe stars as Noah in the film inspired by the epic story of courage, sacrifice and hope. A man is chosen by God to undertake a momentous mission of rescue before an apocalyptic flood destroys the world.

Check  your local theaters for showings in your area! We would love to hear your thoughts on the movie! Please share in the comments or come on over to Facebook and join in the discussion!