We had all grabbed our favorite spots on the couch along with a cup of something warm and snuggled in to be entertained with our unanimous pick of the week, “The Butler”! Little did we know we would be crying, cheering, and closing our eyes to the horrific scenes of racism that made us hang our heads in shame.

“The Butler” is based on a true story spanning several decades in the life of a remarkable man who served in the White House. Make sure you have tissues close by and that the little ones are tucked in bed, as you relive history and stand in awe of an unsung hero who took the meaning of honor to a whole new level. 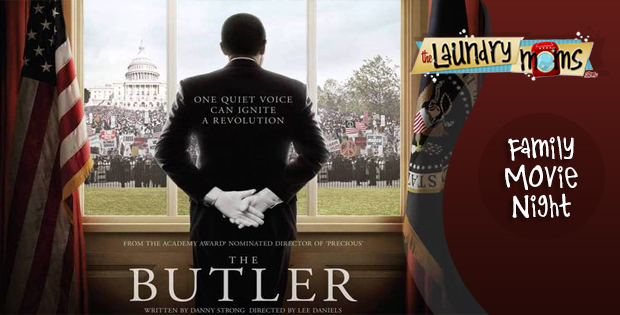 LEE DANIELS’ THE BUTLER tells the story of a White House butler (Academy Award®-winner Forest Whitaker) who served eight American presidents over three decades. The film traces the dramatic changes that swept American society during this time, from the civil rights movement to Vietnam and beyond, and how those changes affected this man’s life, his wife (Academy Award®-nominated Oprah Winfrey), and the rest of his family. Rounding out this all-star cast is Robin Williams as Dwight Eisenhower, John Cusack as Richard Nixon, Alan Rickman as Ronald Reagan, James Marsden as John F. Kennedy, Liev Schreiber as Lyndon B. Johnson, and many more. Academy Award®-nominated Lee Daniels (PRECIOUS) directs the script from Emmy®

Check Out the Pizza Coupon Below Too!

Coupon Code:
VISA25
Valid online only, please enter the code above during checkout.