In honor of Nelson Mandela, The Laundry Moms are featuring “Invictus” an incredible movie about the life and legacy he leaves behind at the age of 95. Imprisoned for nearly three decades he truly set an example to the world of true forgiveness, and inspired everyone he came in contact with as a symbol of peace. Mandela truly changed our world for the better! 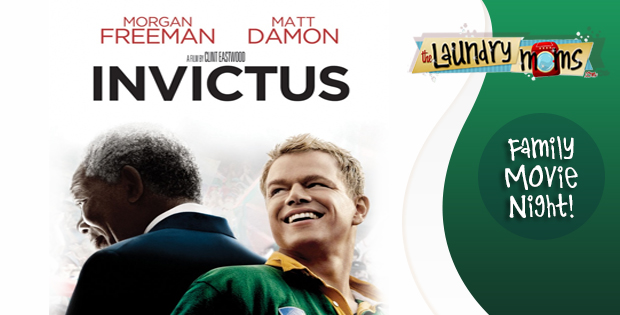 From director Clint Eastwood, “Invictus” tells the inspiring true story of how Nelson Mandela (Morgan Freeman) joined forces with the captain of South Africa’s rugby team, Francois Pienaar (Matt Damon), to help unite their country. Newly elected President Mandela knows his nation remains racially and economically divided in the wake of apartheid. Believing he can bring his people together through the universal language of sport, Mandela rallies South Africa’s underdog rugby team as they make an unlikely run to the 1995 World Cup Championship match.