This week’s family Movie Night pick is “Amish Grace” the incredible story of forgiveness based on a true story! Make sure you have a box of tissue’s close by while your cuddled up on the couch with the family (after you’ve put the young ones to bed). Also… don’t forget to check out the study guide link below too! 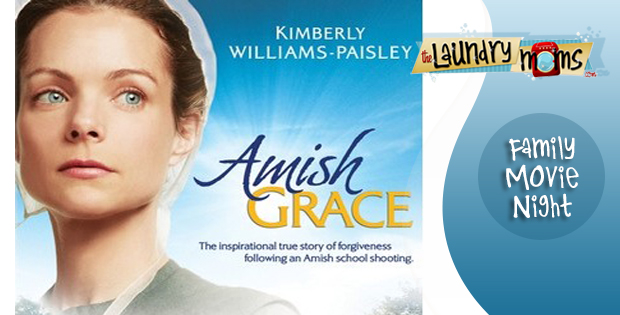 The true story of the aftermath of a school shooting that occurred in the Amish community of Nickel Mines, Pennsylvania, and the extraordinary healing and forgiveness that occurred there. After the senseless murders of five Amish girls, Amish leaders immediately reached out to the widow of the shooter, extending a hand of friendship and sympathy.

The media also descended on this community, and many in the press even decried the notion of “Undeserved Forgiveness.” And like many who were critical in the press, one Amish mother who had lost her daughter in the tragedy could not bring herself to forgive. She was even tempted to leave the Amish life, her sense of anger and loss preventing her from staying in a place where the wife of her daughter’s killer was embraced and forgiven.

Check Out This Great Study Guide!