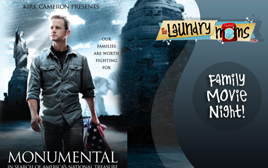 This week’s Family Movie is just in time for the Fourth of July celebration next week, “Monumental: In Search of America’s National Treasure”! This film makes one proud of our country’s heritage and more concerned about our future. Don’t miss the opportunity to share this teaching moment with your family about the true heritage of this country! 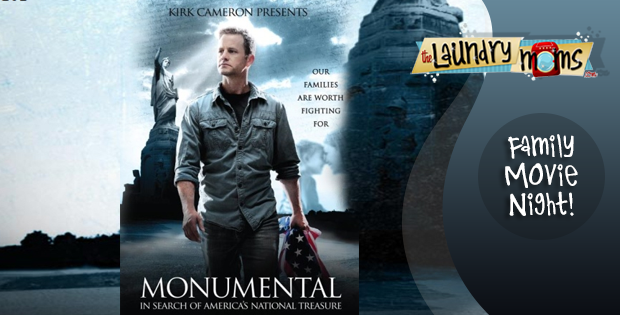 The United States of America is the richest, freest nation the world has ever seen. But nowadays all signs point to the reality of a sickness in the soul of our country, and history tells us that we’re headed for disaster if we don’t change our course now.

The set of ideas that is being advanced and implemented in Washington at this time is terribly frightening to those who are students of history. If you look at the superpowers of history, every single one of them has called itself “exceptional.” If you look at the Roman empire, for instance, the parallels to what is going on in the U.S. are alarming. And the question is: Are we going to go down the right path ourselves, or continue blithely along the same wrong path down which so many nations in history’s dustbin have trod…?

In Monumental, producer/narrator Kirk Cameron retraces the footsteps of America’s founders to see if they left us some kind of a map that would guide us back to the foundation of America’s success. Typically when we think of the Pilgrims, we recall images from public-school history classes: pilgrims coming over the sea from England in funny black-and-white suits with big, goofy hats and belt buckles on their shoes. But in fact the Pilgrims were the radicals of their day, living outside the box that had been constructed by the British empire. The hardships they had to endure in starting a new life for themselves, in what to them was a newly discovered land, are incredible, and furnish a vital lesson for us today.

Sadly, our history has not just been forgotten; it’s been rewritten. Our historians and politicians no longer maintain our awareness of the founders’ beliefs and values, which resulted in America’s now-fading greatness. Sure, the Pilgrims emerged from a culture that retained slavery at the time–but it was the very faith and values of the Pilgrims and others like them that eventually eradicated slavery in first Britain and then the U.S.

Time is flying by too quickly, and our children’s futures won’t wait. We’ve got to do something now. Sometimes the only way forward . . . is to go back. There is nothing in today’s America that cannot be solved by a genuine going-back to the first principles held by the Founders. And that’s good news.

Our families are worth fighting for . . . aren’t they?

Watch it here on Amazon or order the DVD here!