Exit or Endure: Is Marriage Really Worth It? 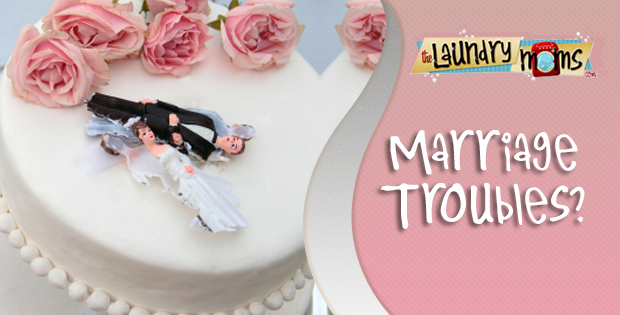 Two and three deep at the edge of the pool, alternating between cheering and waiting, a conversation spoken freely over my shoulder burdened my heart. Two swim team moms discussed the drudgery of staying with their husbands until they raised their kids. Commenting on the beauty of the neighborhood hosting the meet, they joked about moving there one day…without their husbands. “Don’t think the thought hasn’t crossed my mind,” said the one. “I’ll be your golden girl!” cackled the other.

I wonder if their laughter masked hurt and disappointment. My heart broke. For them. For what they’re missing. For friends whose marriages are failing. For husbands and wives who are divorcing. For families being torn apart. For kids who will hurt now and repeatedly with every reminder that things aren’t as they once were.

I was in my mid-twenties when my parents divorced. I don’t know that age made it easier. There were that many more decades of life as I knew it. I don’t know that it made it harder. I am thankful for the decades we were a family unit. I do know God hates divorce, and divorce is never easy because it’s a tearing apart, even if it’s necessary. Even if it’s biblically justified for adultery. Even if it’s better for all involved.

No matter how old you are, your broken home follows you.

God restores, and joy comes in the morning. Praise Jesus!

What ignites me, though, is that joy comes in the midst, but people give up so fast they never experience it! Not everyone, but a lot. I guess that’s what breaks my heart about conversations like the one I overheard at the swim meet. James and I had a disastrous first three years of blessed union. We went from the brink of divorce three months after our vows to a miserable existence of anger, bitterness, fighting, financial strain, and family adjustment. And then the Lord accosted our hearts and began a work He continues to complete in us.

And our marriage is good. Very good.

Not perfect, but built on a foundation of salvation by which Jesus supplies the power necessary for self-sacrifice in order to be married His way. Putting the other first. Caring about each other’s needs before our own. Giving each other consideration and respect. Making what’s important to the one important to the other. It is full of passion, friendship, support, laughter, companionship, kindness, and love.

It has times of frustration, selfishness, anger, annoyance, and irritability met with repentance, forgiveness, and restoration. We are one. No, three – a three stranded cord with Jesus that is not easily broken, as Ecclesiastes 4:12 says: “Though one may be overpowered, two can defend themselves. A cord of three strands is not quickly broken.”

If we’ve been the victim of divorce or have divorced in the past, there may not be anything we can do to change what’s happened, but there’s a lot we can do as husbands and wives NOW to protect, preserve, and strengthen our marriages to make sure what God joins together no man tears apart, including ourselves. Not an enduring, but an enjoying. Not a surviving, but a thriving. Not a getting by, but a flying high.

It starts with Jesus. Our relationship with Him. The kind that’s transforming, changing the fiber of who we are, starting with our hearts. Transforming our minds. Loving Him so much we’re willing to do what He says, even when it goes against ever fiber of our being. Even when we don’t think our spouse is doing what they’re supposed to be doing. Even when we don’t think they deserve it. Staying in the marriage when going seems to be so much easier. Extending forgiveness when it’s undeserved. Acting in love when what we feel is hate. Showing kindness when wounds are still fresh.

Like Jesus, who “because of the joy awaiting Him, (Jesus) endured the cross, disregarding its shame” (Hebrews 12:2, NLT).

Interesting, endure in the Greek means to remain. He remained on the cross. He could have left, but He didn’t. He bore mistreatment bravely and calmly. He thought little to nothing of the dishonor and disgrace. Not to say it was no big deal. Rather, the magnitude of the joy for which He was destined put the suffering in perspective.

It can be the same in our marriages. The magnitude of the joy for which we are destined when we do marriage God’s way can help us put any suffering in perspective.

Sometimes we’ll have to endure. Bravely and kindly. We’ll have to remain married even when we could leave (and want to!). Endure suffering. Humble ourselves. Seek help, if needed. Stay put.

I am shouting on paper here, holding your arms and looking you straight in the eyes with as much conviction as I can muster and attempt to transfer! I have seen what God can do, in my marriage and up close and personal in several others that were destined for divorce court.

There is joy set before us!!!

Jesus, be our glue. Heal, restore, and strengthen our marriages as we become wholly Yours today.

Check Out Shauna’s Book-” Holy His” over on Amazon!

for these timely words of wisdom on marriage!

on how you have endured through a difficult season in your marriage!