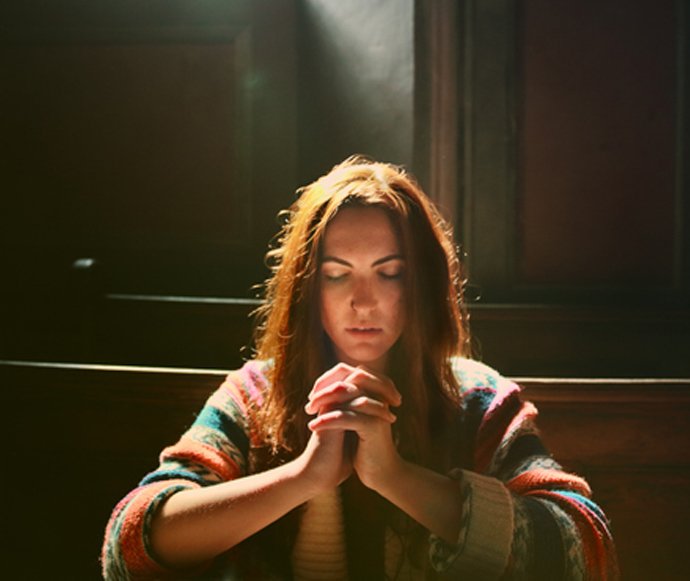 Does God care? It’s easy to ask that question when you’re in the midst of a storm or a battle. Even the disciples asked Jesus this question!

We see below in Mark 4: 35-41, Jesus and His disciples were in a boat, and Jesus was asleep in that boat. A big storm came, and the disciples instantly were afraid. “Don’t you care that we perish?” They had already decided that they were going to die, and now they were accusing Jesus of not caring.

Have you ever done that?

The disciples weren’t established in their faith. They drew the wrong conclusion about the situation they were in. They didn’t trust God; instead, they…

…accused Him of not caring.

On the same day, when evening had come, He said to them, “Let us cross over to the other side.” Now when they had left the multitude, they took Him along in the boat as He was. And other little boats were also with Him. And a great windstorm arose, and the waves beat into the boat, so that it was already filling. But He was in the stern, asleep on a pillow. And they awoke Him and said it to Him, “Teacher, do You not care that we are perishing?”

Then He arose and rebuked the wind, and said to the sea, “Peace, be still!” And the wind ceased and there was a great calm. But He said to them, “Why are you so fearful? How is it that you have no faith?” And they feared exceedingly, and said to one another, “Who can this be, that even the wind and the sea obey Him!”

When we were in debt, living in the 1800s farmhouse, there were times I wanted to cry out to God: ”Lord, Lord, don’t you care?”

The worst time I dealt with this was when my daughter Amy was dealing with physical illness. Amy had a 13-pound tumor in her abdomen that made her look 6 months pregnant.

One day I went to her room and saw her open diary laying there on the bed. As a mom, I couldn’t resist the urge to look at the entry laid open, so I read it. At this time, she was battling this ailment. She was twenty-three years old and she had been singing and preaching to young people to stay pure, but a member of our church had started a rumor that she was pregnant. In her diary, she was expressing her heart to God to be married. But I knew the hurt she was experiencing because of all of this.

It’s easy to think that God doesn’t care when your finances aren’t where they’re supposed to be, you’re battling something, or you’ve lost something dear to you. It’s easy to feel that way when you’re afraid, you’re discouraged, or in the midst of a storm or a battle.

But I want to encourage you today that GOD DOES CARE!

Right after I said that, He told me, “I care about her MORE than you could ever care about her. I created her, and I gave her as a gift to you. And, yes, I DO CARE.” I fell to the floor and repented, and shortly after that, Amy was completely healed! Amy said before that moment, she was hoping to be healed—a change had to happen in her faith first!

The Bible says that though the enemy is raging, God will soon crush Satan under your feet (Romans 16:20, NIV). You have been given authority! You have been given promises, and all you need to do is stand on those promises. The enemy will try to come through offense, through pressure, through people, through situations––to try to get you to move off the Word of God.

But YOU CAN WIN!

Blessed is the one who does not walk in step with the wicked or stand in the way that sinners take or sit in the company of mockers, but whose delight is the law of the Lord, and who meditates on his law day and night. That person is like a tree planted by streams of water, which yields its fruit in season and whose leaf does not wither––whatever they do prospers.

Submit to the Process

Becoming planted is a process. When we are rooted, we yield fruit in season. If we want to get to the place where whatever we do prospers, we’ve got to be planted!

Years ago, when we were building our home, Tim and I went to a home show downtown. There they had tons of beautiful plants for cheap; I wanted them. I had the great idea to rent a U-Haul and drive back to our house, where we would put them in the garage until we could root them. It was too cold outside; the soil was too hard. Sometimes we’re like that––we need to get rooted, and our hearts are a little hard. But the Holy Spirit can soften our hearts! We put the plants in the U-Haul, and while driving, we got two flat tires. While pulled over on the side of the road, the snow started. I laid my hands on those plants and commanded them to live and not die!

Two months later, we put those plants in the ground. Tim and I had to dig the holes for them in the rain, covered in mud. But you know what? Those plants got in the ground, rooted, and they flourished! This is what God wants for you! There will be storms against your life, but if you stand on the Word, you will come into everything the Bible says is yours.

And with him you were raised to new life because you trusted the mighty power of God, who raised Christ from the dead.

We need to get rooted and established so we can prosper and become all we are called to be. When we’re rooted, we will see the promises of God and overflow with thankfulness! Christ is in you, helping you to get rooted in Him.

But the enemy hates this. Ephesians 6:12 (NKJV) says, “For we do not wrestle against flesh and blood but against principalities, against powers, against the rulers of the darkness of this age, against spiritual hosts of wickedness.”

Don’t be ignorant of Satan’s schemes! He wants nothing more than to steal, kill, and destroy—but GREATER is He that is in you than he who is in the world (John 10:10, 1 John 4:4, NKJV)! Jesus has already won the battle. Don’t back off the Word of God, because the enemy uses that as an opportunity to take more territory for his kingdom. You’ve got to hold the line!

God has given you the same authority that Jesus had. Satan has no authority unless we give it to him. Don’t hide in fear, quit, or cower in the hour. GOD HAS CALLED YOU TO BE BOLD. You are as bold as a lion (Proverbs 28:1, NIV)! The enemy wants to get you off your mission, but you need to trust God. You need to put down some roots in Him so you can grow and be all God has called you to be.

There is no PEACE without TRUTH.

So does God care about you? Yes, He absolutely does! You and I have a decision to make—whether or not we’re going to win. We can’t allow the enemy to deceive us—lives are at stake. Let go of any offense, bitterness, lies, unforgiveness, and betrayal. Jesus is the same yesterday, today, and forever. Jesus is truth, and when we know the truth, we can prosper and have peace! God loves you and He CARES for you!

Are you looking for a good church? Be sure and listen on Saturday evening or catch the 3 services on Sunday for Faith Life Church!