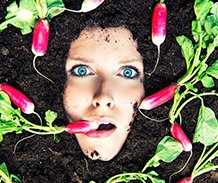 Confessions of a Closet Keto Dieter

I’ve been doing the Trim Healthy Mama plan for the last 7 years on and off (mostly on). The first book was a gift from my sister on my birthday in 2012 after I had gone through cancer. I was thrilled to be able to find something actually doable and sustainable. My very first week on plan I lost 10lbs and was SHOCKED and so happy.

I was scolded in one of the Facebook pages because I had unintentionally stuck to all S meals the entire week. Oops! I learned all I could about the plan and even became an admin helping many others lose weight successfully. My weight loss continued albeit much more slowly, until it eventually stopped altogether. Worse even, I started gaining the weight back. Here I was a THM admin and the plan wasn’t working for me anymore.

I realized that the weight was coming back on due to emotional traumas I had gone through and through the help of a really amazing program I was able to begin losing weight again. The only problem was that THM just wasn’t working no matter how much I dealt with my issues.

My sweet and amazing friend who has literally tried it ALL, was doing Keto and y’all she looked phenomenal. I was determined though. THM had worked for me before and I had heard that Keto was not sustainable and was even dangerous long term. I had gone through cancer so I was not about to do something dangerous to my long term health. I couldn’t deny how amazing she looked though and she was eating real food and lots of veggies. I had always thought Keto was bacon and cheese and a heart attack waiting to happen. I started asking questions and joined a bunch of Facebook groups just to prove to myself that it really was unhealthy long term.

What I found were a ton of people who had been doing Dr. Berg’s Keto plan for years and years and had come off of their diabetes medications, had lost hundreds of pounds and the only negative side effects they experienced was having to buy a new wardrobe. The way that Dr. Berg taught the Keto plan was shockingly healthy. 7-10 cups of veggies each day, good healthy fats like avocado, yummy proteins, and so many recipes I had already been using with THM. I reluctantly gave it a shot over two months ago and I haven’t looked back. I eat more veggies now than I did before (not THM’s fault, that was me) and my clothes are falling off. I’ve lost a ton of inches and my energy levels are higher than they’ve been in years. I’m not bashing THM because that plan is solid and amazing and I still recommend it. It just stopped working for my body and that happens sometimes. I’ve paired Keto with intermittent fasting (both taught by Dr. Berg) and I just can’t argue with results.

I was nervous about sharing this because Keto has gotten such a bad reputation but it’s not warranted (if you’re doing it in a healthy way). I don’t use test strips or blood tests or anything like that because that’s just too complicated for me. I’ve just watched a ton of Dr. Berg’s YouTube videos and learned enough to do it successfully. If you’re struggling to lose the weight I’d recommend checking him out.