I used to have a long list of things I “needed” to get done before the family celebration on Christmas Eve.  The change in my thinking began when I attended an “Unplugging the Christmas Machine” retreat.  When I made my to-do list for Christmas and who did each chore (me), I was appalled.  No wonder I was tired and cranky.  No wonder I felt depressed by the time Christmas Eve was over.  Expectations were so high, failure was almost guaranteed.

How many other moms and wives mistakenly believe it is their responsibility to make sure everyone in the family has their perfect Christmas?  So we do the shopping (making certain everyone has the same number of gifts to open), wrapping, addressing and writing individual notes in each Christmas card, decorating the house and the tree, making cookies for neighbors, shopping for those who serve us through the year (pastors, mailman, newspaper delivery lady…)  Then there’s the shopping for the big meal, decorating and setting the table, cooking the meal…  You get the picture.

By the time Christmas Eve ended and the children and grandchildren had all gone off to prepare to celebrate Christmas Day with in-laws, I was… 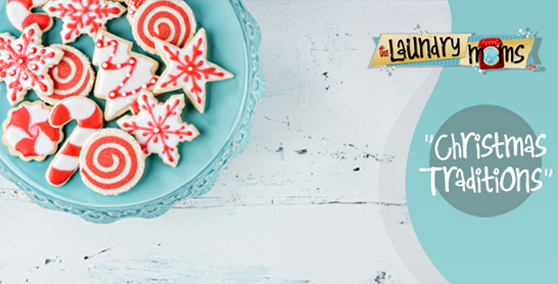 exhausted and slightly depressed.  All the preparations that had taken weeks to accomplish, and the whole celebration was over in a couple of hours.  I’d been too busy to rejoice in the meaning of Christmas, too caught up in whether everyone had gone away happy.

Frankly, others weren’t putting the burden on me.    I did it to myself.

Traditions are fine, but some have served their time.   We don’t have to do anything just because we did it last year and the ten to twenty years before that.  I don’t have to watch…

Read the Rest of Francine’s Article Over at Her Blog Here!

*Used with permission by Francine Rivers

Francine Rivers began her literary career at the University of Nevada, Reno, where she graduated with a Bachelor of Arts degree in English and Journalism. From 1976 to 1985, she had a successful writing career in the general market and her books were awarded or nominated for numerous awards and prizes. Although raised in a religious home, Francine did not truly encounter Christ until later in life, when she was already a wife, mother of three, and an established romance novelist. Shortly after becoming a born-again Christian in 1986, Francine wroteRedeeming Love as her statement of faith.  First published by Bantam Books, and then re-released by Multnomah Publishers in the mid- 1990s, this retelling of the biblical story of Gomer and Hosea set during the time of the California Gold Rush is now considered a classic work of Christian fiction and continues to be one of the Christian Booksellers Association’s top-selling titles; it has held a spot on the Christian bestseller list for nearly a decade.

Since Redeeming Love, Francine has published more than 20 novels with Christian themes – all bestsellers- and she has continued to win both industry acclaim and reader loyalty around the globe.  Her Christian novels have been awarded or nominated for numerous awards including the RITA Award, the Christy Award, the ECPA Gold Medallion, and the Holt Medallion in Honor of Outstanding Literary Talent.  In 1997, after winning her third RITA award for Inspirational Fiction, Francine was inducted into the Romance Writers’ of America Hall of Fame. In 2007, the feature-length film version of her novel The Last Sin Eater was released in theaters by Fox Faith. In March 2010, Francine officially became a New York Times bestselling author, when Her Mother’s Hope debuted at #12 on the hardcover fiction bestsellers lists. The sequel, Her Daughter’s Dream, debuted at #12 on the same list just 6 months later, in September, 2010.  Francine’s novels have been translated into nearly thirty different languages and she enjoys best-seller status in many foreign countries including Germany, The Netherlands, and South Africa.

Francine and her husband Rick live in Northern California and enjoy the time spent with their three grown children and every opportunity to spoil their five grandchildren.  She uses her writing to draw closer to the Lord, and that through her work she might worship and praise Jesus for all He has done and is doing in her life.