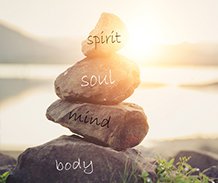 Last week I talked about the importance of tracking everything that goes into your mouth. It’s been very helpful to see the areas that need improving. One thing I alluded to last week was how some of the things I was eating I thought were totally on plan and I could eat in unlimited portions but after inputting the data I realized how wrong I was.

…Starbucks egg bites. Did you know those have 9g of carbs in them per serving?! I sure didn’t. Here I was thinking I was having a totally carb-free meal when I would grab those on the go and little did I know I was eating about half of my allotted carbs for the day without realizing it! It’s one thing to plan a meal like that into your day but when you’re thinking that they are carb-free and they aren’t? That’s when issues arise.

Another thing I didn’t realize had carbs in them were eggs. I’m not sure why I just assumed they were all fat and protein but they’re not. Also, pasta sauce can be very carby even if it is sugar-free. Just a third cup of my fave sugar-free sauce has 6g of carbs in it from the tomatoes. I was taking a lot of ingredients for granted assuming that I could eat unlimited portions of them but I was very wrong and the scale is proof.

I titled this article check your beliefs because it’s not just about the beliefs regarding what you’re eating. Beliefs about yourself, about how you lose weight, and about whether you’re worthy of losing weight or not have an even bigger impact on the scale. I’ll be real with you here ~ for a long time I thought I deserved to gain weight. Now that’s a pretty silly thing to believe, isn’t it?

The biggest issue is that I didn’t even realize that I believed that. That belief manifested itself in an inability to lose weight no matter what I ate. I could literally eat nothing and still gain. How do you even fight something like that? I had no idea. Not until I learned about how important our belief systems are and what they’re doing to us on the inside. If you’ve experienced trauma of any kind in your life and you’re struggling to lose weight then it’s very likely that you too are operating under beliefs that are keeping you stuck. If you don’t want to stay stuck anymore then I strongly urge you to check out the LIVE mini-series-“Release the Weight from the Inside Out” click the link to join the Facebook Pop-Up group!  It could be the change you’ve been searching for! I know it was for me.

P.S. As always I’d love to hear from you so if you have any questions or comments please comment below or email me at Meggan@thelaundrymoms.com