This PG-13 action, adventure, superior hero-vs.- hero extravaganza, is a Marvel epic unlike any other!  It has incredible… 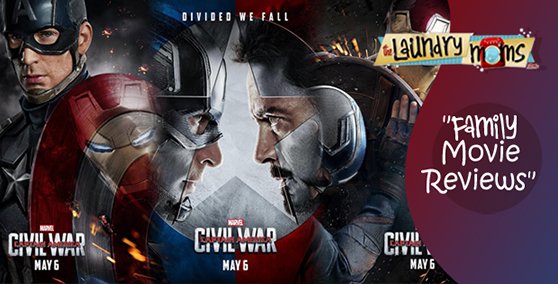 visual effects, superb martial-arts fight scenes, cool gadgets, vibrant cinematography, exhausting fast-paced action, a surprising big “reveal” from the bad guy, super heroes showing off super powers and hilarious, witty dialogue, with a smart storyline that will make you laugh, cheer and think about which side you would take (yes, I know which team I’m on!) There are too many great scenes to discuss but I loved the airport battle with Ant-man!

I have to admit, I had a hard time seeing our heroes fight each other and undermine their biggest strength – a unified force against evil. I vote to leave political correct politics out of fantasy hero movies and let the good guys carry on with ridding the world of bad guys. But Captain America: Civil War, the third chapter in the franchise, is by far the best and most inspiring one yet!