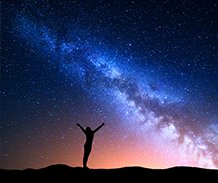 I had a breakthrough!! For the last 2 years, I’ve really struggled with my weight. I went from losing 60lbs between February 2014 and February 2015 to all of a sudden not losing anymore. Worse than that, my weight started creeping up, and up, and up. It seemed no matter what I tried I just couldn’t get it to go back the other way. It was humiliating to run into people who had seen my weight loss and previously told me how amazing I looked. I smiled but inwardly I died a little each time. It didn’t seem to matter whether or not I stayed on plan, reduced my calories, fasted…nothing worked. I had lost all hope of ever getting to my goal weight and frankly, I felt like a fraud for even giving THM tips even though I know the plan so well.

Then last week everything changed…

I walked through something really powerful that showed me the exact root of why I couldn’t seem to lose the weight and I was released from it. You see late February/early March 2015 my parents split up after 40 years of marriage. That was the memory that came up as I went through this process. I remembered it well but wasn’t sure how that tied into my weight loss (or lack thereof as the case may be). Then I heard “that wasn’t your fault, and neither is this”.  And I cried. I mean I REALLY cried lots and lots of ugly tears because I suddenly knew exactly what had happened. I went through cancer in 2012 and it was really stressful

I went through cancer in 2012 and it was really stressful for my family (obviously). The next year my grandfather died on my mom’s side and the year after my grandmother died on my dad’s side. For reasons, I won’t get into here my grandmother’s death ended up blowing my extended family apart and within a year my parents had separated. Somewhere along the line, a seed was planted that all of that stress over 3 years was what caused my parents to split up. And it started with me. If I had never gone through cancer then maybe their stress levels wouldn’t have been so high. So basically, I was to blame for my parent’s separation.

What a ridiculous lie!

If I had known that thought was planted deep down in my subconscious I would’ve been able to stop its effects. But I didn’t know. All I knew was that no matter what I did I just kept gaining weight. It was like I couldn’t stop myself from sabotaging my efforts. I was so drawn to sugar and processed carbs that I would stuff my face before I even realized what I was doing. And then the guilt, oh my word the GUILT! I felt repulsive to my husband and embarrassed to be seen in public. It was truly horrid.

But last week that was broken and in 3 days I lost 3 pounds. The most impressive part? The cravings are GONE! I can look at a big bag of candy and not even be tempted. I can eat a few chips if I want and stop with no problem. It’s bizarre in a truly wonderful way. I’m co-hosting a Facebook class this coming Wednesday (May 24th) at 7:30 CST to explain what happened and how you can do the same thing if you want to. If you would like an invitation to the class please message me on Facebook here and I will be happy to add you to the event. This is a life changing technique and I’m so excited to share it with you so that you too can finally be free whatever it is that’s holding you hostage.