I was a little over a month late and I thought to myself that my hormones are off. I never imagined that I was actually pregnant until one day when I began feeling a little nauseous. The thought crossed my mind but I reasoned… surely not. 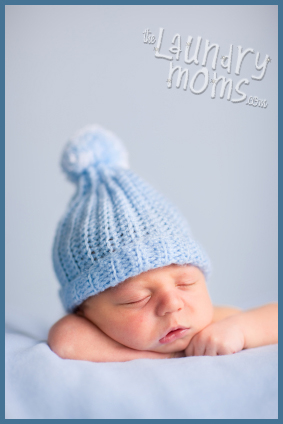 A few years back I had an ectopic pregnancy and I lost one of my tubes (this reduced the chances of me having children naturally).  My third baby was adopted, so it had been four years since I was last pregnant.

I waited a few more weeks and then I decided that I might as well take a test. To my surprise two lines immediately showed up in the little windows. When I saw this I thought no way… I had so many emotions… I love my babies with all my heart but I just had my youngest tike graduate to the toddler stage and I was finally getting a little sleep.

My selfish side didn’t know how I was going to make it through another year or two of being up all night with a crying baby. My husband works long hours in the restaurant business so I am left to taking care of the kids 80% by myself. I knew my mom was going to think I lost my mind… not to mention others in my family. But regardless of what negativity I was about to take on… a little part of me was excited that a new baby was coming!

I broke the news to my husband and he was a little nervous because money was already tight living on one income with three kiddos but he knew there was no going back now.

My husband and I decided to take all three kids to see the ultrasound. We wanted to see if this was actually for real. I remember all the details like it were yesterday. We went in to see the sweetest Ultrasound Tech (who, days before seeing us, had lost her daughter). She put the probe on my stomach and started looking around. She saw a tiny flicker on the screen that was blinking, she gasped and had tears in her eyes and said, “It’s a baby!” The excitement in her voice was exactly what I needed to hear.

No matter what was going on in my world a new baby would soon be entering our life.

We eventually broke the news to my family and they responded like I thought they would. They were worried about us supporting our family and having another baby would be even harder. I knew their concerns were valid because I had the same thoughts.  Shortly after telling my family the big news, we found out that we were needing to move out of the house we were renting. We were going to have to find another place to live.

Now…keep in mind that trying to figure out where we were going to live in the small town that we lived in was quite a challenge. There are few houses to buy much less rent and they are at a premium due to the limited selection.
I wasn’t sold on the fact that I liked country living… and I certainly wasn’t ready to purchase a home in this town.

I also knew that the restaurant my husband had been working at was struggling, we knew chances were pretty good that we would need to move back to the big city for him to find work. In conclusion, I had the bright idea to purchase a 40 foot trailer. This way we could move wherever we needed to.

After a few months of living in an RV, in an RV Park, with three kids, and my belly getting bigger I began to think I had lost my mind.

Looking back now, I know I was scared to death that a baby was coming, my husband was on the brink of being without a job and I did not want to move my family in with my parents. At the time living in a 40 foot RV seemed perfectly practical considering the circumstance!

I soon realized the thought of bringing our new baby ‘HOME’ to an RV in an RV Park made me cry!

At seven months pregnant I broke down and had all I could take.  I remember hearing someone teach about prosper where you are planted.  I decided to take the advice!  I didn’t care that my husband was going to be without a job soon or that we lived in the middle of nowhere… I just prayed that the Lord would make a way for our family and we would find a home before the new baby came.

I began my search to find a house we could afford with enough land to park our new RV. We came across a country cottage on an acre of land.  It was a tiny house that needed some work but had a lot of potential. If everything went smoothly we could possibly be in the house before the new baby came.

The day we were going to put an offer in, the house went to foreclosure. We were not sure what this was going to entail but as it turned out the price of the house dropped by $40,000. The Lord was making a way…

We got the house and closed one week before my due date. I was so happy that I had a home to bring my baby to and after living in an RV for half a year we didn’t care that the house was tiny.

Two weeks later I went through a hellacious birth that I will spare the details, but in the end with my husband, mom, and step mom by my side I birthed a baby boy! He was perfect and we named him Jordan Caleb. I fell in love with my new son and I am so glad that the Lord knew what my family needed more than I knew. Having our son in our lives has been such a blessing and I would do it all over 1,000 times to have him here.

If you ever feel fear grip you and you don’t know where to turn, know that the LORD does have a plan for your life. One of my favorite bible verses is… For I know the plans I have for you,” declares the Lord, “plans to prosper you and not to harm you, plans to give you hope and a future.” Jeremiah 29:11

3 comments on “~ Babies are Blessings ~”