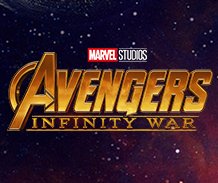 “Avengers: Infinity War” Is an  unprecedented cinematic journey ten years in the making, that spans the entire Marvel Cinematic Universe. Avengers 3 brings together virtually every major character from all 18 movies to stand against their ultimate enemy, Thanos, who’s collecting affinity stones to put into a massive golden glove that will give him the power to wipe out half the universe with a snap of his fingers – forever ridding the universe of the Avengers. There has never been a movie this big almost ALL of the Marvel heroes.

The PG-13 Marvel homage is a visual extravaganza with our heroes facing evil villains with spellbinding powers and intense megaton fights that definitely earn the PG-13 rating making it best for mature pre-teens to adults. Evil villain Thanos thinks he’s the hero of the story with perverse logic that almost makes him a sympathetic character, even while he’s doing horrific, unforgivable things with his super-powered alien army, the Black Order, who take control of the planet. It’s up to our heroes to stop them in this is a massively entertaining movie, incorporating dozens of characters across multiple storylines. I enjoyed the witty banter and one-liners that make it one of the funniest movies in Marvel movie history. After years of movies where even the most mediocre heroes appeared to be invulnerable and indomitable, bad things happen to our heroes which is surprising but exactly what the franchise needed. Nearly every Marvel hero gets at least a moment to shine but it’s the final moments of Infinity War that boasts the most breathtaking, courageous and horrific moments in superhero movie history – one that shocked me and tore apart everything I thought I knew about the past 10 years of Marvel movies…I can’t wait to see what happens next!