Aliens in the House 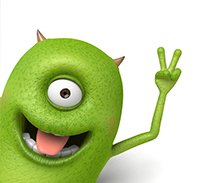 Aliens in the House
by Terri Bonin

So I’m pretty sure we killed some intestinal aliens this past month. Well, at least that’s what it felt like!! Lots of little monsters at war with each other inside our intestines!! I know…YUCK!! It took me a while to catch on that this “virus” was not going away on its own!! Four Bonins suffered this intestinal war for TWO WEEKS!! YIKES!!

When I finally realized we weren’t dealing with a bad meal, but rather an issue that called for action, I popped open my…

…desk reference book and got to work!! It only took about 24 hours for the war inside our intestines to die, but we continued treatment for 2 weeks to be safe!!! No one has had a rumbly tumbly since!! I feel badly that I waited sooo long to do something about this, but YAY everyone is better. This is what we did:

Two teaspoons of ICP (Psyllium High Fiber Supplement) morning and night. DiGize, Thieves, lemon, and oregano on the belly button twice a day. That’s it! I’m sure we did not need ALL those oils but we were, let’s say…FREAKED OUT AT THE THOUGHT OF WHAT WAS GOING ON INSIDE OF US!!!!!!!!! AHHHHHHHHH!! Anyway, the explosive minions are gone! We will be detoxing out intestines regularly from now on!!

When ParaFree arrived we switched to that because it’s easier!! Just pop a few oil tablets in the mouth and consider the job done. I highly recommend doing an intestinal detox a few times a year AT LEAST!!! Happy eating and STAY CLEAN! 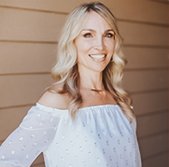 Meet Terri Bonin, the author of 31 Days to Fit,  14 Days to Ignite Your Marriage, and Live, Laugh, Love, and Laundry. Terri’s 23-year union with her favorite dentist (her husband), has been prosperous in their prolific production of 10 darling children. She also holds a degree in nutritional counseling which seems to be most frequently used to persuade her children to eat their greens. Terri’s secret pleasure is sneaking away from juggling the daily tasks, homeschooling, and dating her husband to escape to her office to write for her own enjoyment. As you can imagine she has a LOT to write about!