A Kiss Will Only Complicate Things 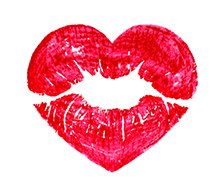 A Kiss Will Only Complicate Things
by Rhonda Stoppe

Missy grew up dreaming of “the one” who would sweep her off her feet. Her mother had married her father right out of high school and she dreamed of living the same life her parents had enjoyed together. Missy admired her mother and hoped to grow up to be just like her.

Since Missy’s mom had never gone to college, Missy decided not to go either. However, when Missy met a young widow with two small children she considered what would happen to her if she one day found herself in a similar situation. Missy decided to go to college after high school when her grandmother said, “You never know what can happen in life. Having a college degree can give you something to fall back on.”

College was better than Missy could have imagined. She liked school so much she went on to earn her Masters degree. She dated a bit but had grown weary of the shallowness of the dating life. Although Missy’s relationships with men were disappointing, her relationship with…

…the Lord was flourishing as she enjoyed alone time with God.

During Missy’s final semester of college while waiting to catch a plane she watched a number of pilots pass by. Missy surprised herself when she turned to her friend and said, “I want to marry a pilot.”

The more Missy pondered the idea the more she thought marrying a pilot would be a dream come true.

The very next month where Missy was working as a Physical Therapist a new patient named James walked into her life. . He was handsome and charming, After sharing a professional conversation, James asked Missy if he might have her business card. “As a professional contact,” he said.

When Missy gave him her card, she never considered any hopes romance to come of their meeting.

For the next two weeks James couldn’t get Missy off his mind, he was smitten with her from the start. When he finally got up the nerve to call her he hinted that he wanted to ask Missy out on a date. By this time Missy had so dismissed her first meeting with James that she was having a hard time remembering who he was. She explained to James that he was a stranger and she needed to be cautious. Missy said, “I am in no hurry to date some guy I just met.”

James respected her resolve to be cautious. He admired that she wasn’t an easy catch.

To Missy’s delight, James suggested they get to know one another over the phone. Every night the two would talk for hours. Missy was intrigued when James told her he was a pilot. Missy admired his intelligence, his charm, and his funny, easy-going manner. The way James made Missy feel like he was genuinely interested in what she had to say made her like him all the more.

Despite Missy’s growing affection for James, there was one thing standing in the way of her wanting a relationship with him. James was not a Christian.

Missy knew she would never marry someone who was not a Believer. Her love for the Lord was the most important thing in her life. Being married to someone who could not share that passion was simply out of the question.

When Missy finally agreed to go out with James, they met at a casual restaurant. Over dinner Missy couldn’t help but enjoy James’ charming personality. On their second date, Missy invited James to a drama production her church was hosting. The play was a presentation of the gospel that portrayed an after-death depiction of the consequence of rejecting Christ.

Missy said, “What a second date, right? The poor guy didn’t know what he was in for when I invited him to that play!”

After the show James and Missy went out for pizza where they had a serious talk about her faith. Then James looked into Missy’s eyes and inquired, “What exactly are you looking for in a relationship?”

She took a deep breath and honestly explained, “I want to marry a man who is a Christian and lives to serve Christ. I need a husband who will be the spiritual leader of our family. And I’ll settle for nothing less.”

Missy could see the disappointment in James’ eyes. She wondered if he could read hers as well when James responded, “Then I guess that’s the end of our spending time together–huh?”

Missy forced herself to respond, “Yeah–I guess so.”

As James walked Missy to her car, both were deeply saddened when it came time to say goodbye. Each had grown to care for the other and parting was not going to be easy.

Missy remembered, “When James asked if he could kiss me goodbye, my heart dropped because I had to say no.”

She could see the sense of rejection in James’ face when he asked her why he couldn’t give her a simple kiss goodbye.

Missy knew her feelings for James were deeper than she should have allowed them to grow. She answered, “Because kissing you will only complicate things.”

James’ response took Missy by surprise when he said, “Your strength impresses me. We obviously like each other and you are willing to let that all go because of your faith and relationship with God. There must be something real about all of that. I would like to know more.”

Missy could hardly believe when James continued, “Would it be all right if I started going to church with you?”

Missy laughed and said, “Yes––but we are not dating!”

Don’t miss the next instalment of this chapter next time!